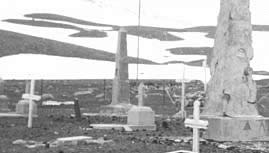 When a loved one is killed, the last thing a person thinks about is bringing a lawsuit. The reasons for bringing a lawsuit can vary whether they are to punish and deter someone from doing something or to provide compensation for a harm suffered. The fact that someone has died may not change these reasons. Pennsylvania has both a Wrongful Death Statute and a Survival Action.

Unfortunately, many people are killed every year in automobile accidents, through medical care which falls below the standard for health care providers in the community, through defective products, and through disease brought on by exposure to toxic substances. Claims can also be made for wrongful death due to the use of excessive force such as the use of a firearm to stop an argument resulting in the death of an unarmed man or woman. A wrongful death claim can also result from the failure to do a duty required by law. If a bartender overserves a patron at a bar who leaves and kills another or himself on the way home because of intoxication, the bar may be responsible.

In mass disasters involving the death of many, many people, insurance disputes often go on for years to determine the liability of the insurance carriers who may have insured the company or individuals involved as the insurance carriers normally attempt to disclaim responsibility or liability under any possilbe exclusion or wording of the policy that might give them relief and avoid paying the claim. If you are involved in a wrongful death situation, you should contact us before talking to an insurance company representative.