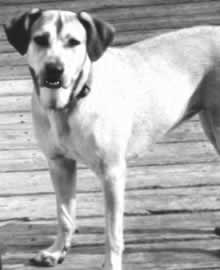 Nearly 5 million people are bitten by dogs in the US each year. Half of these victims are children, most of whom were bitten in the face.

Our personal injury attorneys can help determine if you have case. Contact us now for a free case evaluation.

Animal bites can often give rise to liability against the owners of the animal involved. Most often people think of animal bites in terms of domestic animals such as dog bites which are controlled under the Dog Law of Pennsylvania.

Prior vicious propensities or prior bites by a dog will put the owner of the dog on notice that the owner must make certain that the dog is confined at all times. If the dog is permitted to run at large, there is a good possibility that there will be liability on the dog owner as most municipalities have laws which prohibit a dog from being allowed to run free. Even though a dog has not bitten anyone before, if the attack is of a vicious nature, the liability of the dog owner may be established by a single attack. Sadly, many of these instances involve young children who are bitten about the face and neck, which can cause permanent disfiguring scarring.

Other instances which may give rise to liability involving animals would be instances where a patron was bitten at a public display of wild animals such as a zoo and as has recently been reported in the press, children can sustain serious and even fatal injuries at petting zoos through the transmission of disease to the unsuspecting child from the animals which would give rise to liability against the owner of the petting zoo if there was a failure to warn of this possible serious and even fatal illness to those attending the petting zoo with their children.

Many people have brought into the country various exotic animals such as snakes, alligators, and wild birds. These can also inflict injury through bites, attacks, and transmissions of disease which many give rise to liability against the owner of these exotic animals. You may have read of the case of the lion tamer in Las Vegas who was attacked by a tiger and mauled a few years ago even though that gentleman had worked with wild animals his entire life. These animals are often unpredictable and can cause serious and permanent injury. The Defendant may claim that the victim has assumed the risk or that the victim taunted or teased the animal as a defense or was contributorily negligent. In those instances where a claim is to be made, these are issues you should discuss with us before the insurance company tries to take a statement from you.